One of the things that makes Indy special is how many unique events and programming opportunities it has to offer. Especially in the summer months, the city comes alive with different events, festivals, and conferences. So, when COVID-19 hit, many of those scheduled events were forced to completely pivot. Programming, strategies, and content plans went out the window. Event patrons were left wondering if they’d be able to celebrate the events and traditions they love. Two of these big annual summer events in Indianapolis are Monumental Yoga and Indy Pride.

Monumental Yoga has been a big part of Indy’s health and wellness scene for seven years straight. Every year, yogis and novices alike come together, line their yoga mats side-by-side around Monument Circle, and join in a yoga practice on the summer solstice. The event has become a huge near-holiday for Indy residents with upwards of 4,000 people in attendance flowing as one. In 2014, the United Nations even declared the summer solstice on June 21st the International Day of Yoga—one year after Monumental Yoga launched on that date. Coincidence? … We think not.

In 1981, the very first Indianapolis Pride celebration was a secret dinner at the no-longer-existent Essex House Hotel, where the attendees wore masks upon entering to hide their identity. Since then, Indy hasn’t stopped celebrating Pride, and Indy Pride, Inc. was finally, officially founded in 1995. They opened an office in Fountain Square and began to flourish as a huge source of community support. In the past couple years, their annual celebration has grown into a massive festival with parades and a mainstage that hosts big ticket performers such as RuPaul and Lizzo. Their inception has sparked positive change and increased visibility in the Indy community while still recognizing that there is so much more work to do.

This year, both of these events were done in a single-day, virtual format on Sunday, June 21st. I registered online for free and awaited my link to join in on the programming and fun! (Many of these events are free or became free after their switch to digital, but please still donate if you’re able!) After spending my day at both of these events, I had a lot of positive takeaways. I’ve condensed my thoughts into five quick ways that I think these Indy organizations made the most out of their virtual events.

1. Synergy. Indy organizations are coming TOGETHER. 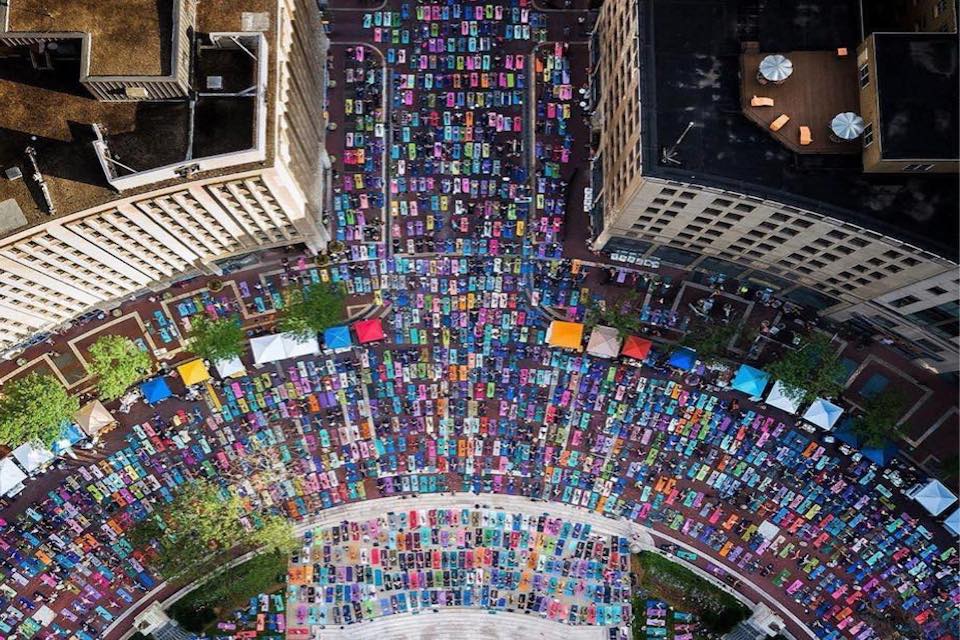 When I was joining in on these events, one of my biggest observations was that there was a huge range of different sponsors and partner organizations that contributed to their programming. They all banded together to help bring as much content to life as possible and spread the word about the celebrations. For example, Monumental Yoga has eight different partner studios from the Indy area that help bring the flow to the people. IndyPride has an extensive group of corporate sponsors that ensures they can help the organization to educate, honor the history, and celebrate the diversity of the Indianapolis LGBTQ+ community. They all played a role in programming and made it evident how much the Indy community works together to bring things to fruition.

2. Quantity. There is a plethora of programming.

Another virtual perk: there is so much programming out there. For these events in particular, Monumental Yoga spanned from 7:30 a.m. to 8:30 p.m.! Throughout the day, different yoga instructors from studios around Indy taught a total of 10 different classes . The day started with some relaxing meditations and vinyasa flows in the morning, but by 11 a.m. I was definitely awake in the killer HIIT Pilates class from The Hot Room—holy burn! The last class was called Yin & Nidra Yoga, which was a learning experience for me. Turns out Yin consists of stretching postures, and Nidra is described as the mental state between wakefulness and sleep. It was a perfect way to end the night and wind down after an eventful day! Thanks to the variety of programming, I was able to experience many different yoga practices and techniques.

Switching to the day’s other event, IndyPride events lasted from 2 p.m. to 9:30 p.m.! The energy stayed high the entire time, and by the last virtual dance break and cocktail hour, I was totally winded. The day started with a welcome event with the day’s hosts Pat Yo Weave and Tia Mirage Hall, two fabulous Indy area drag queens. They kicked off the day with just the right balance of celebration and solidarity, setting the tone for the education and entertainment we were about to engage with. Throughout the day, I was genuinely wowed by the powerful messaging and the number of talented performers. The performers were primarily BIPOC, which I thought was a valuable choice on IndyPride’s part. There were dance parties, singers, incredible spoken word, and educational panels. IndyPride did a phenomenal job of using the virtual element to include many different performers and quickly pivot their angle of programming to centering BIPOC voices. There was so much content to consume and literally not a minute of downtime all day long!

3. Accessibility. You can do it from home!

Often, there can be many barriers to attending in-person events. From a purely logistical standpoint, there can be issues with parking, commutes, capacity limits, weather—you name it. Fortunately, pivoting them to virtual eliminates most of these risks. While virtual presents its own minor technology issues, the event is more easily accessible for audiences who may not have been able to attend in person. I saw it as one of the biggest positives that patrons could come from any age group, time zone, etc. and still be able to access these events. Both of the events were streamed on multiple platforms and saw viewership in the thousands on each one. Most impressively in terms of accessibility, is that IndyPride had an ASL translator occupying the left side of the screen throughout the entire program. Whether it was meditation, cocktail hour, or a musical performance, the translator ensured that all audiences were welcome to participate and feel the impact of the powerful programming.

This is one of my favorite things about virtual! Most of the programming is archived on Facebook or IGTV pages for all your binging needs. For me, since both these events were on the same day, I obviously wasn’t able to simultaneously participate in overlapping live activities. Thankfully, I was able to do some more yoga classes from Monumental and watch more spoken word performances from IndyPride in the days following the event. Let me tell you, I’ve done the Power Flow from Yoga Fire about five times now because it’s such a good workout! (Definitely has not gotten any easier, though.) And especially when it comes to the educational material from IndyPride, it is so important that it’s living on their page in a library that people can rewatch and share.

5. So. Many. Opportunities. To. Educate. Yourself. 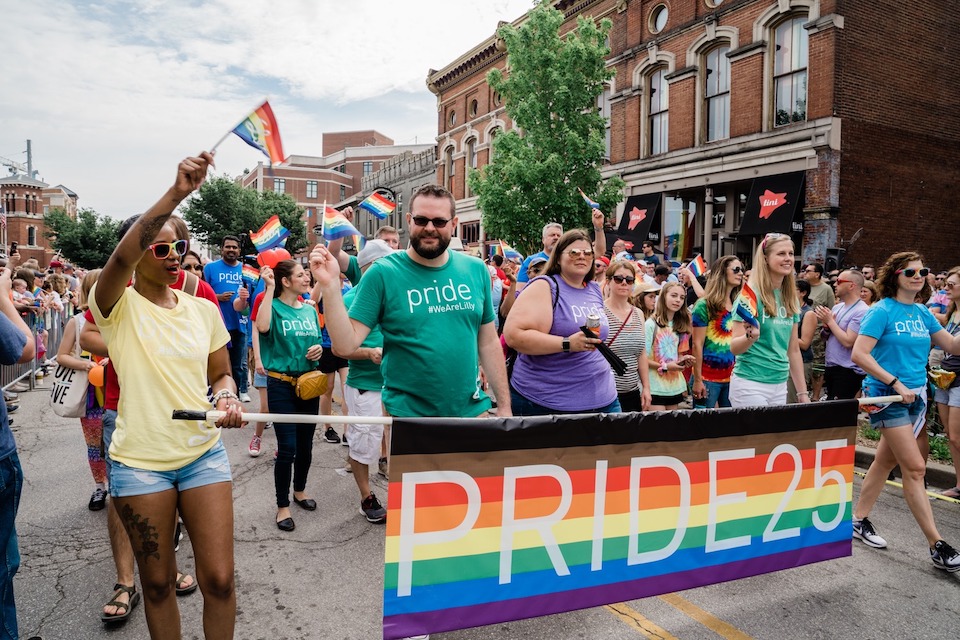 Seriously, if you haven’t taken some time in the past couple weeks to educate yourself, you’re doing something wrong. Resources are everywhere, and IndyPride especially utilized the ease of virtual networking to capitalize on this. Throughout their programs, they featured many different leaders in both the LGBTQ+ and BIPOC Indianapolis community. IndyPride even dedicated the entire virtual festival to “Centering BIPOC Voices and Leadership.” This allowed them to not only share the important messaging of their own cause but also give voice to a whole other movement, as well. This event is accessible to literally everyone and anyone in the world with no sardine-packing or beating sun required. How many times can you say that about a Pride festival? If you’ve ever been to one in person, you know what I’m talking about. Take advantage of this opportunity. Watch, rewatch, rewatch again, and then share with your family, friends, and weird uncle. These organizations put so much work into bringing you the insight and experiences they have to share—all you have to do is listen.

Today might mark the end of Pride month, but Pride is forever! To learn more about IndyPride and educate yourself on their history and mission, please check out their website: https://indypride.org/

To learn more about Indy’s Black Lives Matter movement and educate yourself on the Black experience, please check their website out: https://www.facebook.com/Indy10People/

Throughout my busy day of joining in on Indy programming, I felt grateful to be a part of a community that handled something that would traditionally be seen as a negative and turned it into a positive. There were so many pros to this form of programming, and I was so impressed by how well all of these organizations were able to highlight those positives. Indy is innovative, resilient, and passionate—and when the going gets rough, that really shows.

If you’re watching this, you know that Indyfluence is a part of this pivot to virtual as well. We hope you take advantage of all that our programming has to offer over the next couple weeks! I’ll see you next Wednesday! #BeAnIndyfluencer 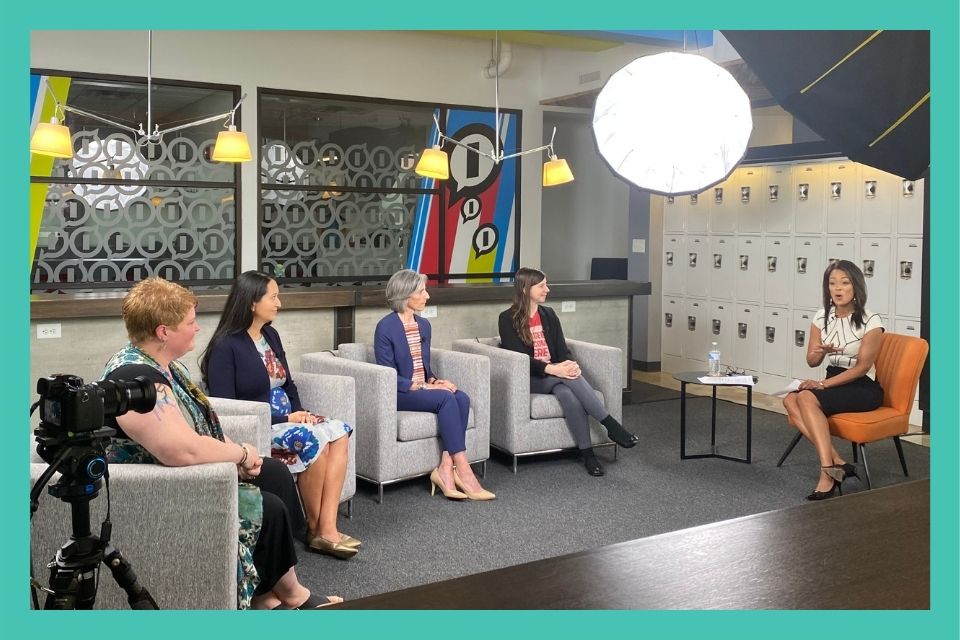 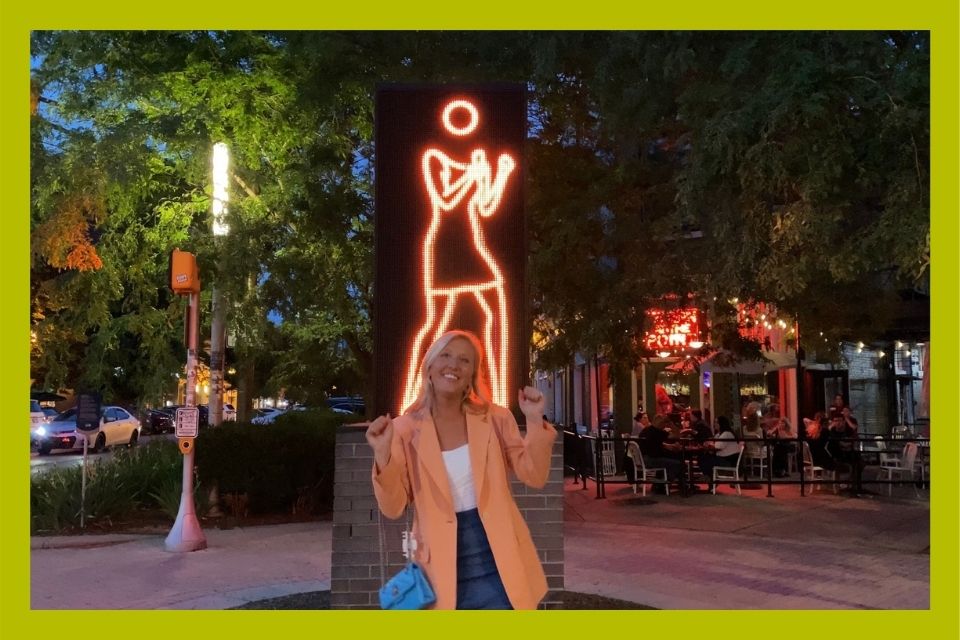 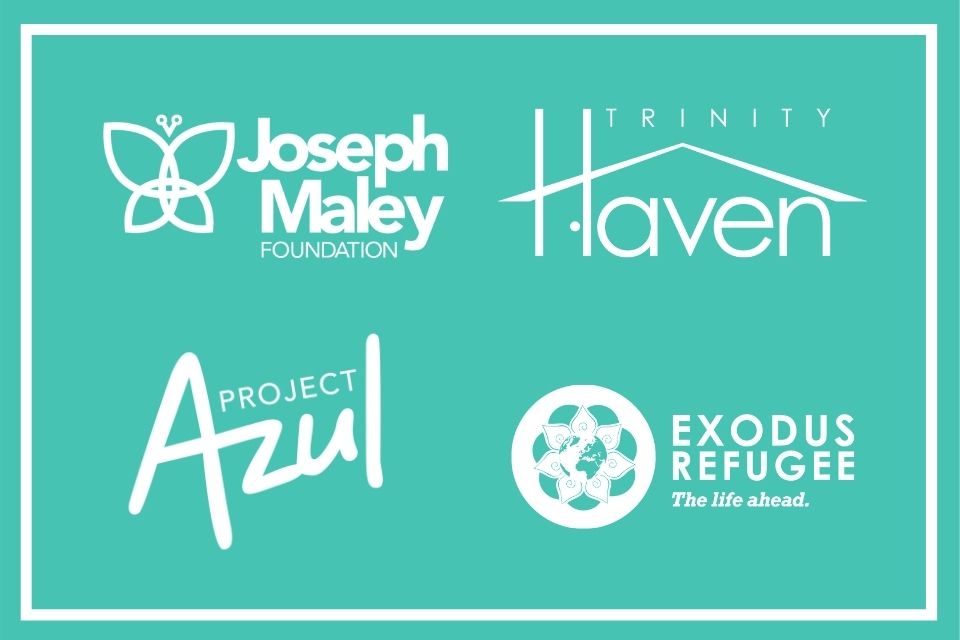 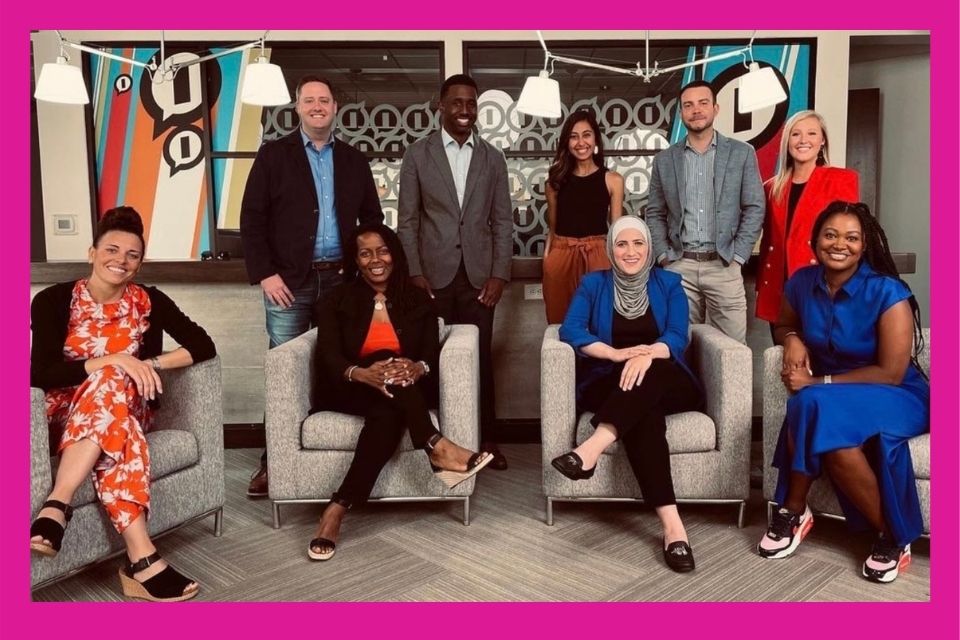